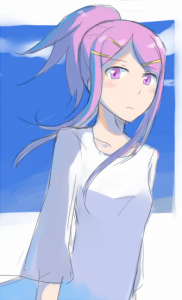 Notice: Due to the recent BakaBT offer for the Eureka Seven Movie and the comments on audio discrepancy I re-examined the audio encode.   It seems the BDMV raw that I used has a missing audio channel in the Japanese track. I have have place an order for the Blu-Ray disk of the movie and will do a re-rip of the Japanese audio. Apologies for not catching it earlier. The torrents will be corrected and the corrected audio track will be available for direct download.

It seems like the North American version of the E7 movie is just pure fail, in terms of the Japanese audio track. Its actually missing said channel on the original disk. 🙁 Audio is actually only 16bit, sorry for that mistake.  Mediainfo reads the converted flac file as 24bit for some reason. Not much more I can do about it.