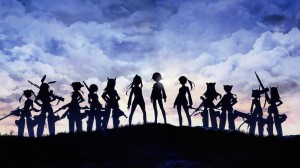 Yes we are doing this.

38 Responses to Strike Witches – The Movie