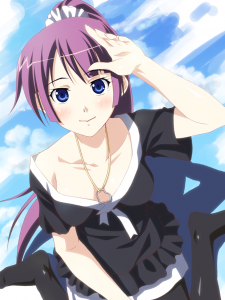 The prologue and next season preview were not included in this release. As I have subbed previous seasons, and am intending to sub Monogatari season 2 (you can consider this a pickup announcement), these serve as nothing more than redundant commercials. While I’m at it, I’ll also pick up Kizumonogatari, whenever that comes out. There is also some news concerning Bakemonogatari, but I’ll hold off until next month to provide details.